Stage 8 of our African Journey begins in Kigali, Rwanda and takes us through two of the smallest countries in Africa, Rwanda and Burundi. The capital, Kigali, is located near the centre of Rwanda. Rwanda has many lakes, the largest being Lake Kivu. Mountains dominate central and western Rwanda and the country is sometimes called "Pays des mille collines" in French ("Land of a thousand hills"). The highest peaks are found in the Virunga volcano chain in the northwest; this includes Mount Karisimbi, Rwanda's highest point, at 4,507 metres (14,787 ft). The centre of the country is predominantly rolling hills, while the eastern border region consists of savanna, plains and swamps. 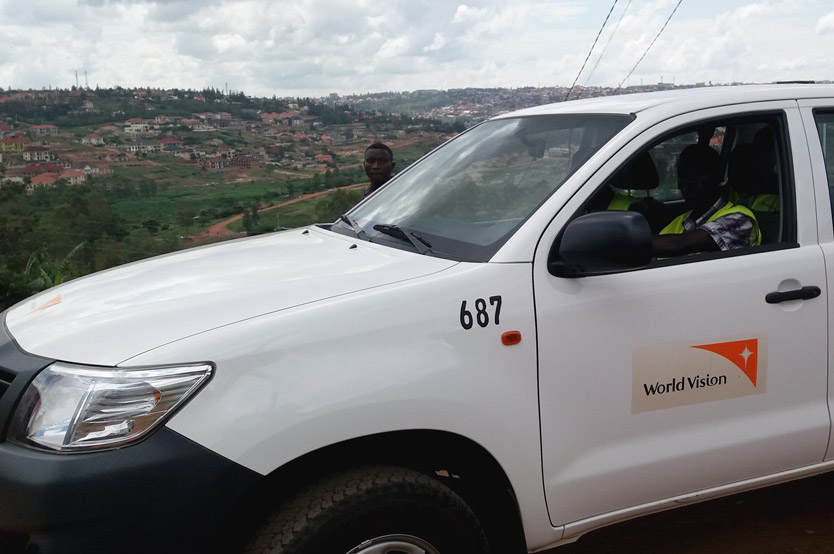 Rwanda is a country of few natural resources, and the economy is based mostly on subsistence agriculture by local farmers using simple tools. An estimated 90% of the working population farms, and agriculture constituted an estimated 32.5% of GDP in 2014. Farming techniques are basic, with small plots of land and steep slopes. Since the mid-1980s, farm sizes and food production have been decreasing, due in part to the resettlement of displaced people. Despite Rwanda's fertile ecosystem, food production often does not keep pace with population growth, and food imports are required.

The Rwandan government prioritised funding of water supply development during the 2000s, significantly increasing its share of the national budget. This funding, along with donor support, caused a rapid increase in access to safe water; in 2015, 74% of the population had access to safe water, up from about 55% in 2005; the government has committed to increasing this to 100% by 2017. The government has increased investment in the transport infrastructure of Rwanda, with aid from the United States, European Union, Japan, and others. The transport system consists primarily of the road network, with paved roads between Kigali and most other major cities and towns in the country. Rwanda is linked by road to other countries in the East African Community, namely Uganda, Tanzania, Burundi and Kenya, as well as to the eastern Congolese cities of Goma and Bukavu; the country's most important trade route is the road to the port of Mombasa via Kampala and Nairobi, which is known as the Northern Corridor.

For this leg of our journey we thought we would highlight the versatility of the Land Cruiser Hardtop and the way it can be easily converted into ambulances and first response vehicles to help in medical scenarios. Four-wheel-drive ambulances play a vital role in providing medical assistance to those living in areas not normally accessible by normal city-bound ambulances. The Land Cruiser Hardtop Ambulance provides a real lifeline to those in rural communities in need of urgent medical attention and is the preferred four-wheel-drive ambulance among aid agencies working in the developing world.

Building more than 200 ambulances each year gives the TGS Ambulance conversion team a huge amount of experience to call upon. It means that we have skilled fitters of external equipment such as light bars, beacons, window frosting and the like as well as internal equipment like interior panelling and non-slip flooring, oxygen pipeline systems, attendant seats etc. In addition, we supply and fit first aid kits and bags not to mention stretchers of various types and sizes. Ambulances can stretch from the most basic design to the more sophisticated Basic Life Support unit which has a broad range of medical and first response equipment built in.

The journey from Kigali to Bujumbura is about 180 miles and will take around 5 hours. One of the smallest countries in Africa, Burundi is landlocked and has an equatorial climate. The country lies on a rolling plateau in the centre of Africa. Burundi is bordered by Rwanda to the north, Tanzania to the east and southeast, and the Democratic Republic of the Congo to the west.

Burundi is a landlocked, resource-poor country with an underdeveloped manufacturing sector. The economy is predominantly agricultural, accounting for 50% of GDP in 2017 and employing more than 90% of the population. Subsistence agriculture accounts for 90% of the agriculture sector. Burundi's primary exports are coffee and tea, which account for 90% of foreign exchange earnings, though exports are a relatively small share of GDP. Other agricultural products include cotton, tea, maize, sorghum, sweet potatoes, bananas, tapioca; beef, milk and hides. Even though subsistence farming is highly relied upon, many people do not have the resources to sustain themselves. This is due to large population growth and no coherent policies governing land ownership. In 2014, the average farm size was about one acre. Burundi is one of the world's poorest countries, with approximately 80% of Burundi's population living in poverty.

TGS has conducted Technical Training events in Rwanda, Burundi and Tanzania in recent years, and you can see from the galleries of photos below what type of conditions we experienced when we carried out those training programmes.

Burundi's transport network is limited and underdeveloped. The country has a road network but the vast majority of roads remain unpaved. This of course makes the journey from Bujumbura to Dodoma more complicated but it is fortunate that we have the Land Cruiser Hardtop to be able to cope with all sorts of conditions.

Since 1996 the official capital city of Tanzania has been Dodoma where the president's office, the National Assembly, and some government ministries are located. Dar es Salaam, the former capital, retains most government offices and is the country's largest city, principal port, and leading commercial centre. Mount Kilimanjaro, Africa's highest mountain, is in north-eastern Tanzania.

Tanzania is the 13th largest country in Africa and the 31st largest in the world, ranked between the larger Egypt and smaller Nigeria. It borders Kenya and Uganda to the north; Rwanda, Burundi, and the Democratic Republic of the Congo to the west; and Zambia, Malawi, and Mozambique to the south. Tanzania is located on the eastern coast of Africa and has an Indian Ocean coastline approximately 1,424 kilometres (885 mi) long. It also incorporates several offshore islands, including Zanzibar, Pemba, and Mafia. The country is the site of Africa's highest and lowest points: Mount Kilimanjaro, at 5,895 metres (19,341 ft) above sea level, and the floor of Lake Tanganyika, at 1,471 metres (4,826 ft) below sea level, respectively.

Tanzania is mountainous and densely forested in the north-east, where Mount Kilimanjaro is located. Three of Africa's Great Lakes are partly within Tanzania. To the north and west lie Lake Victoria, Africa's largest lake, and Lake Tanganyika, the continent's deepest lake, known for its unique species of fish. To the south lies Lake Malawi. The eastern shore is hot and humid, with the Zanzibar Archipelago just offshore. The Kalambo Falls, located on the Kalambo River at the Zambian border, is the second highest uninterrupted waterfall in Africa.

Travel and tourism contributed 17.5 percent of Tanzania's gross domestic product in 2016 and employed 11% percent of the country's labour force (1,189,300 jobs) in 2013. In 2016, 1,284,279 tourists arrived at Tanzania's borders compared to 590,000 in 2005. The vast majority of tourists visit Zanzibar or a "northern circuit" of Serengeti National Park, the Ngorongoro Conservation Area, Tarangire National Park, Lake Manyara National Park, and Mount Kilimanjaro.

Most transport in Tanzania is by road, with road transport constituting over 75 percent of the country's freight traffic and 80 percent of its passenger traffic. The 86,500 kilometres (53,700 mi) road system is in generally poor condition. This concludes part 8 of our African Journey.

Next month we will be highlighting Malawi - Mozambique – Madagascar in Part 9 of our African Journey.